The two gloves connected to the Arduino can recognise through the use of four Flex Sensors the position of fingers and let the game understanding what moves players are making. The goal of the development of this game was to understand how flex sensors work to get information about hand movements which can have lots of implications and applications, in particular for people who has hands diseases.

The game starts when the two players make fist at the same time. Once the game has started three rounds need to be played.

The two flex sensors inside the glove are positioned on the middle finger and the ring finger respectively. On the base of the movement of the fingers, the resistor increase his capacity, reaching its maximum value once the player make fist.

Arduino recognise the current capacity of the resistor sending this information to Processing which has the entire logic of the game. It elaborates it and process it within a series of if statement to get the winner.

Users can play this game by distance having fun and making decisions based on who wins, which is displayed on the screen. 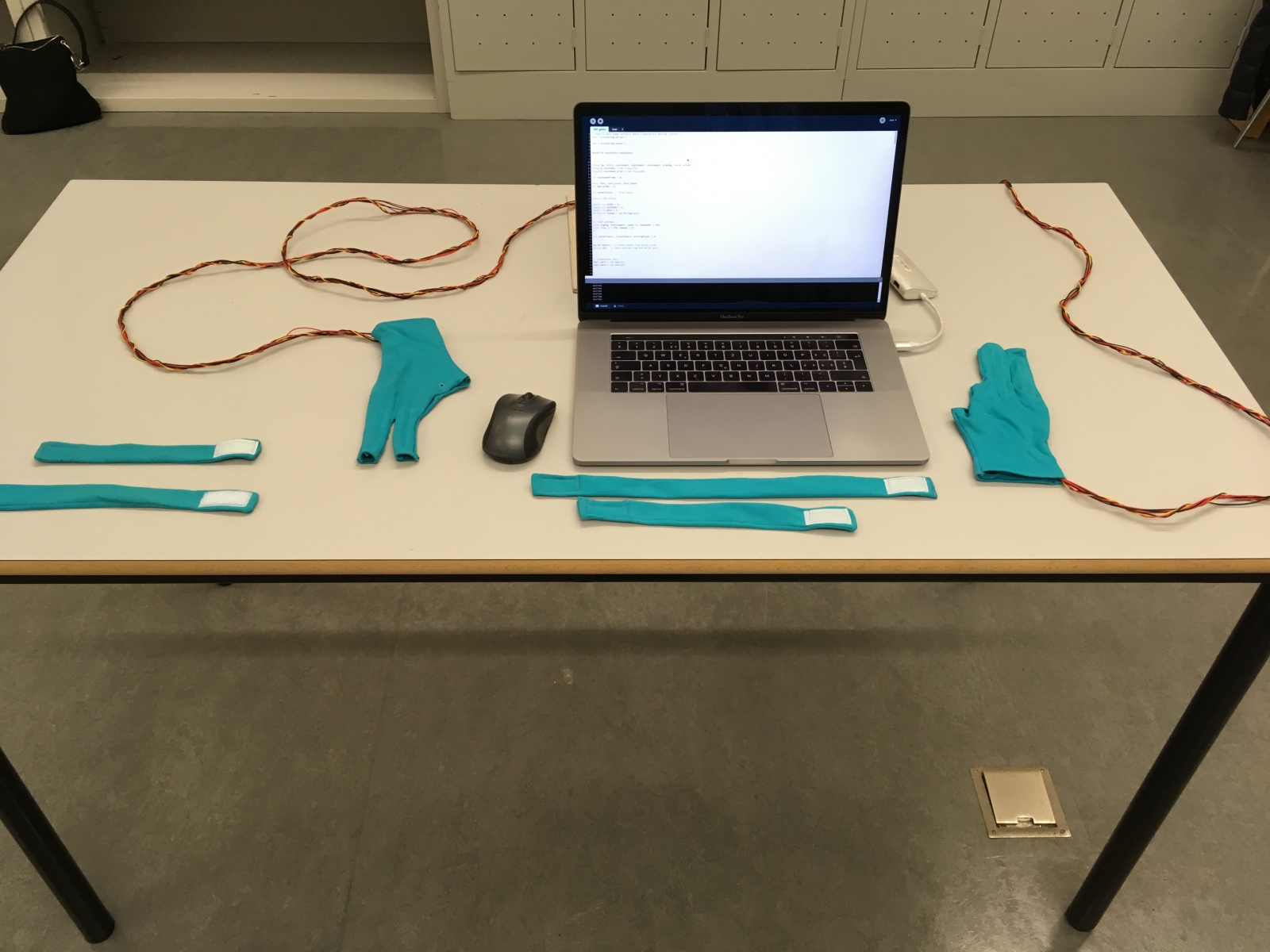 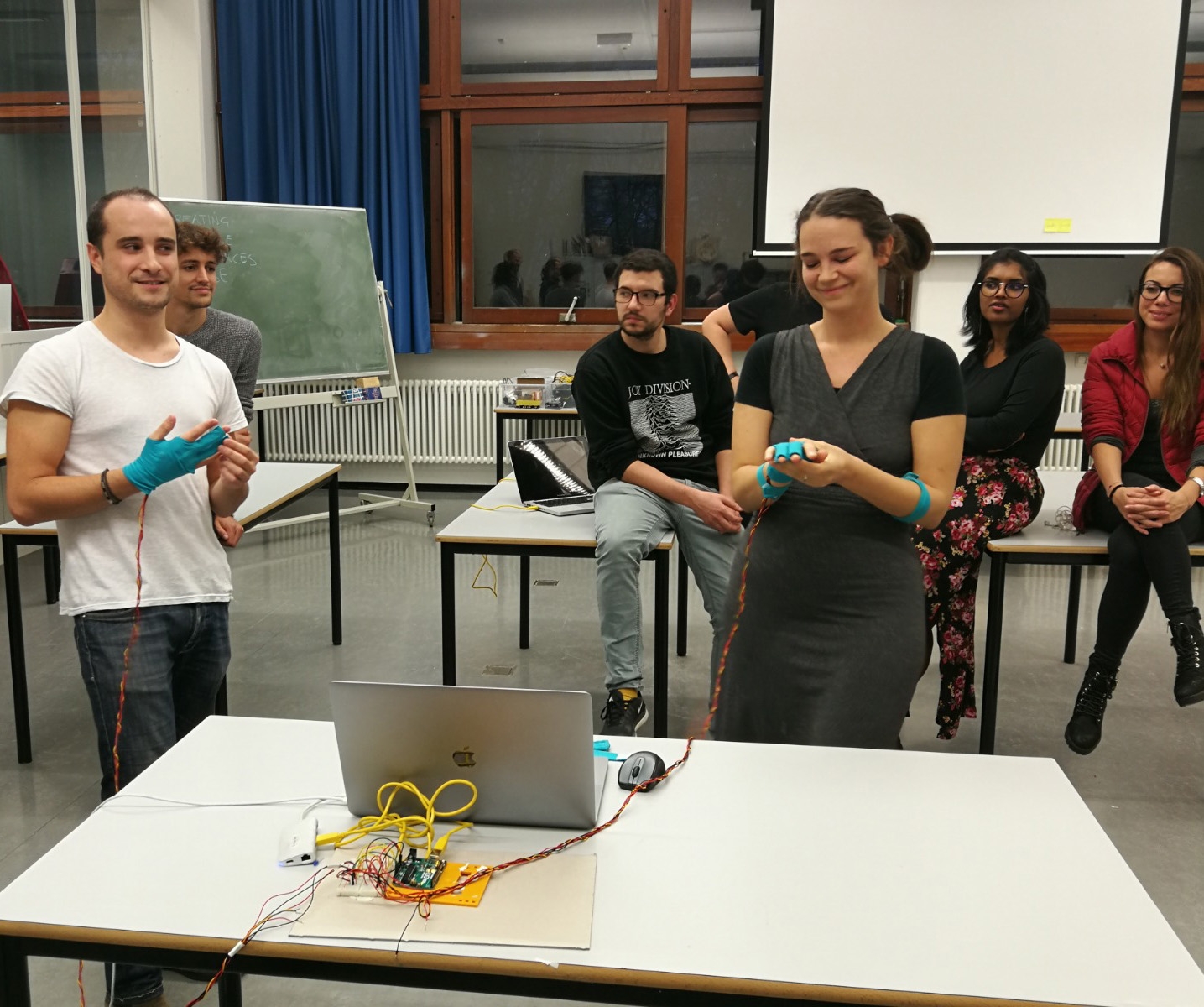 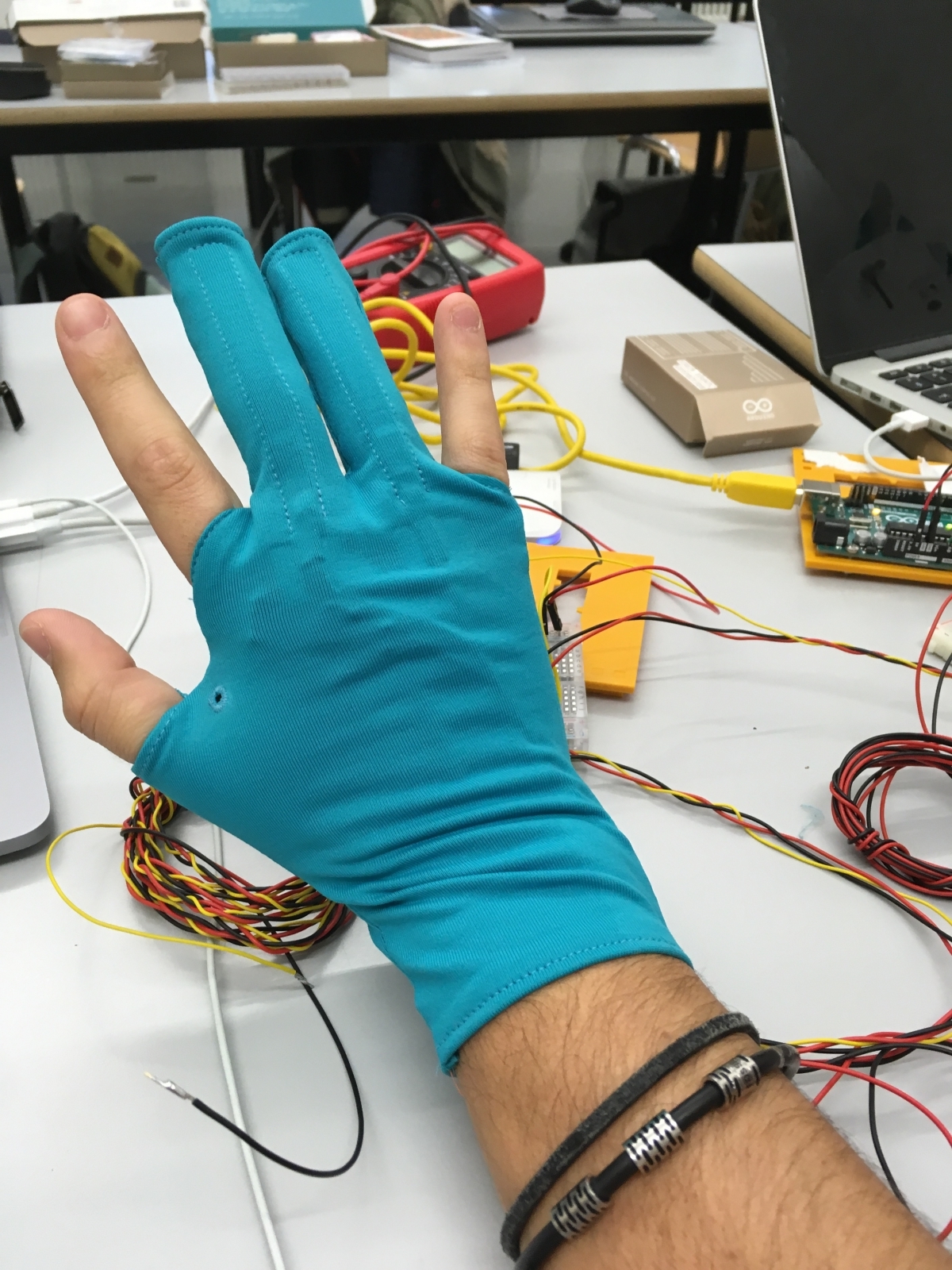 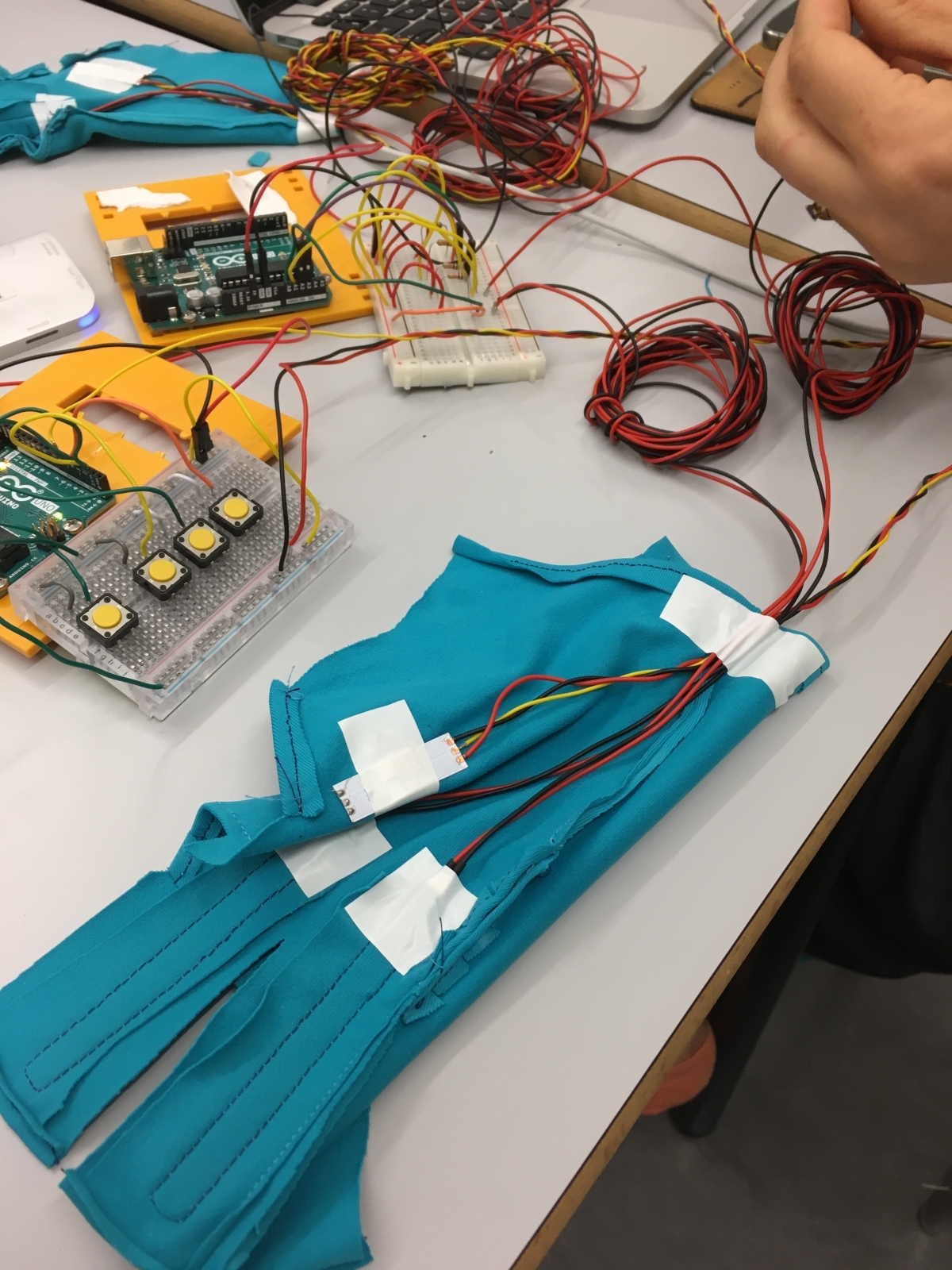 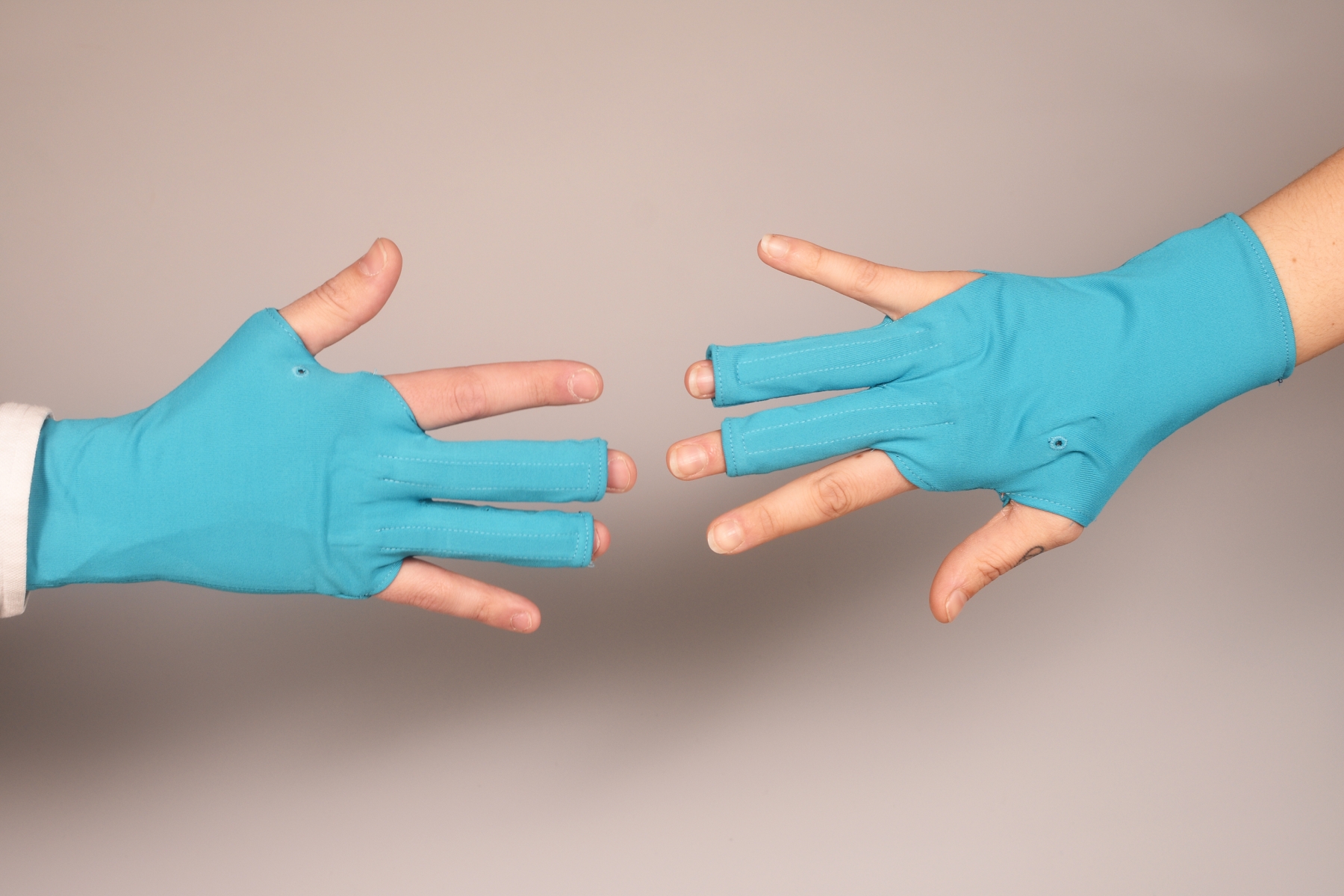